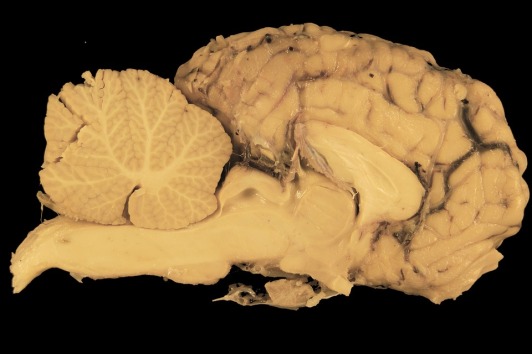 I arrived in Tirana, Albania, on a Sunday evening in late August, on a flight from Istanbul. The sun had set while the plane was midflight, and as we landed in the dark, images of fading light still filled my mind. The man next to me, a young, red-haired American wearing a straw hat, asked me if I knew how to get into town from the airport. I shook my head, put the book I had been reading into my backpack, got up, lifted my suitcase out of the overhead compartment and stood waiting in the aisle for the door up ahead to open.

That book was the reason I had come. It was called “Do No Harm,” and it was written by the British neurosurgeon Henry Marsh. His job is to slice into the brain, the most complex structure we know of in the universe, where everything that makes us human is contained, and the contrast between the extremely sophisticated and the extremely primitive — all of that work with knives, drills and saws — fascinated me deeply. I had sent Marsh an email, asking if I might meet him in London to watch him operate. He wrote a cordial reply saying that he seldom worked there now, but he was sure something could be arranged. In passing, he mentioned that he would be operating in Albania in August and in Nepal in September, and I asked hesitantly whether I could join him in Albania.

Written by Nita Farahany, professor of law and philosophy at Duke University

Pick up a newspaper any day of the week and you’ll likely see articles breathlessly describing our progress towards unlocking the mysteries of the human brain. If the 1990s were the decade of the human genome, marked by the Human Genome Project (the world’s largest collaborative biological project), this is the era of the human brain.

With projects such as BRAIN and the Human Brain Project now well underway, and billions of dollars of private funding advancing neurological research and discovery, the future of brain science is within sight.

When he launched the BRAIN initiative in the United States, President Barack Obama said: “As humans, we can identify galaxies light years away, we can study particles smaller than an atom, but we still haven’t unlocked the mystery of the three pounds of matter between our ears.” Unlocking those mysteries will be transformative for society. Which is terrific, and terrifying. Consider the possibilities:

Texts, emails, cellphone messages, tweets, news alerts, apps and fit bits. We are expected to process much more information than ever before. It is no surprise that the average American reports feeling worn out by the effort to keep up with everything. In a new book, the best-selling neuroscientist Daniel Levitin says new research on memory and attention can help us learn how to navigate this tremendous amount of data each day. He argues that with a little effort, we can regain a sense of mastery in how we organize our lives in the age of information overload.

This episode of the The Diane Rehms show features Daniel Levitin professor of psychology and neuroscience at McGill University; Dean of Social Sciences, Minerva Schools at Keck Graduate Institute (San Francisco); author, “This is Your Brain on Music.”

NPR’s “On Point” host Tom Ashbrook interviews three experts to discuss the best ways to keep our brain sharp as we get older.

Listen to the interview here.

Sandra Bond Chapman, cognitive neuroscientist. Founder and chief director at the Center for BrainHealth at the University of Texas at Dallas, where she is also a professor of in brain health and behavioral and brain sciences. Author of “Make Your Brain Smarter.” (@brainhealth)

Kathleen Taylor, expert in adult brain development and learning. Researcher and professor in the Saint Mary’s College of California’s school of education. Author of the forthcoming “Facilitating Brain-Aware Adult Learning,” as well as co-author of “Developing Adult Learners” and “The Neuroscience of Adult Learning.”

“It’s clear to everybody that any attempt to understand how the brain works, or ultimately what we might mean by cognition, is so daunting and so large that no one institution could hope to be a stand-alone leader in such an effort,” said Graham Fleming, UC Berkeley vice chancellor for research as scientists from UC Berkeley, UC San Francisco and Lawrence Berkeley National Laboratory revealed their teams’ bold plans to jump-start new brain research.

BRAINseed is a one-of-a-kind collaboration among the three institutions in which each put up $1.5 million over three years to seed innovative but risky research, included basic research in Nanotech and Optogenetics. The collaboration is expected to yield discoveries to accelerate President Barack Obama’s national BRAIN (Brain Research through Advancing Innovative Neurotechnologies) Initiative and California’s own Cal-BRAIN Initiative.

A team of Stanford scientists has developed an entirely non-invasive technique that provides a view of blood flow in the brain. The tool could provide powerful insights into strokes and possibly Alzheimer’s disease.

BY BJORN CAREY for Stanford News

This illustration shows how carbon nanotubes, once injected into the subject, can be fluoresced using near-infrared light in order to visualize the brain vasculature and track cerebral blood flow. Courtesy Dai Lab

Some of the most damaging brain diseases can be traced to irregular blood delivery in the brain. Now, Stanford chemists have employed lasers and carbon nanotubes to capture an unprecedented look at blood flowing through a living brain.

The technique was developed for mice but could one day be applied to humans, potentially providing vital information in the study of stroke and migraines, and perhaps even Alzheimer’s and Parkinson’s diseases. The work is described in the journal Nature Photonics.

Current procedures for exploring the brain in living animals face significant tradeoffs. Surgically removing part of the skull offers a clear view of activity at the cellular level. But the trauma can alter the function or activity of the brain or even stimulate an immune response. Meanwhile, non-invasive techniques such as CT scans or MRI visualize function best at the whole-organ level; they cannot visualize individual vessels or groups of neurons.

END_OF_DOCUMENT_TOKEN_TO_BE_REPLACED

By Melissa Hogenboom for BBC News

It has long been known that happiness depends on many different life circumstances.

Now scientists have developed a mathematical equation that can predict momentary delight. They found that participants were happiest when they performed better than expected during a risk-reward task. Brain scans also revealed that happiness scores correlated with areas known to be important for well-being. The team says the equation, published in PNAS Journal, could be used to look at mood disorders and happiness on a mass scale. It could also help the UK government analyse statistics on well-being, which they have collected since 2010.

END_OF_DOCUMENT_TOKEN_TO_BE_REPLACED

Mice suffering chronic pain undergo a change in brain circuitry that makes them less willing to work for a reward, even though they still want it.

Chronic pain is among the most abundant of all medical afflictions in the developed world. It differs from a short-term episode of pain not only in its duration, but also in triggering in its sufferers a psychic exhaustion best described by the question, “Why bother?”

A new study in mice, conducted by investigators at the Stanford University School of Medicine, has identified a set of changes in key parts of the brain that may explain chronic pain’s capacity to stifle motivation. The discovery could lead to entirely new classes of treatment for this damaging psychological consequence of chronic pain. END_OF_DOCUMENT_TOKEN_TO_BE_REPLACED

Heated debate over a high-profile project of the European Commission to simulate the entire brain on a supercomputer – a long needed “paradigm-shift” in neuroscience, or an over-hyped, over-funded boondoggle destined to fail, at the expense of other smaller, cheaper, less sexy researches? 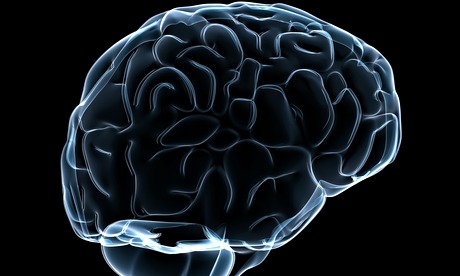 Many researchers refused to join on the grounds that it was too premature to attempt a simulation of the entire human brain. Photograph: Sebastian Kaulitzki /Alamy

The world’s largest project to unravel the mysteries of the human brain has been thrown into crisis with more than 100 leading researchers threatening to boycott the effort amid accusations of mismanagement and fears that it is doomed to failure.

END_OF_DOCUMENT_TOKEN_TO_BE_REPLACED

By Russell Brandom for The Verge

If you’re worried about Big Brother and computerized facial recognition, this summer has given you plenty of reason to be scared. Law enforcement has been toying with facial recognition for a while, but the FBI is getting set to deploy its own system, called Next Generation Identification (NGI for short), planned to be fully operational this summer. NGI will bring together millions of photos in a central federal database, reaching all 50 states by the end of the year. After years of relative anonymity, it’s easy to think 2014 is the year that law enforcement will finally know you by face.  END_OF_DOCUMENT_TOKEN_TO_BE_REPLACED

The Center for Compassion and Altruism Research and Education

Musings on Memory and Aging